Throughout his career, Olivier Assayas has invoked conversations about art and its relationship to life, whether that means art’s association with love, commerce, or even revolution. Sometimes art is the main source of conversation, sometimes it’s just a thread, but it’s always there. In Summer Hours, a designer comes to terms with creating artifacts for money rather than good taste; In Irma Vep, an aging director struggles to take on the problem of adapting the classic film serial Les Vampires in late 20th century France; In Late August, Early September, a writer determines whether he should take a job that pays a living wage or do the work he really believes in. 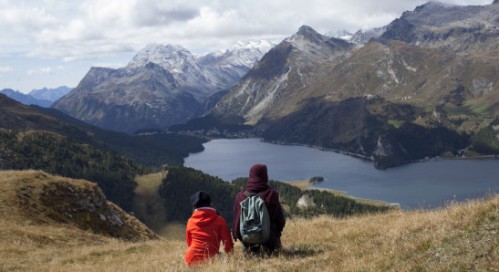 END_OF_DOCUMENT_TOKEN_TO_BE_REPLACED

In Kumiko the Treasure Hunter (a Zellner Bros. production), a girl goes in search of a better life. Her pilgrimage takes her to from Tokyo to Fargo, North Dakota—hardly the type of place one would expect to be transformative. However, in the world of movies, the city of Fargo holds a special place. American movie buffs know this Midwestern snowscape as the setting for the darkly comedic 1994 Coen Brothers film, Fargo. It’s this movie that sets Zellner’s movie and Kumiko’s story in motion. Kumiko takes it for granted that one of the standout sequences in Fargo is real, or at least, a facsimile of a real event—the moment when Steve Buschemi’s character buries a suitcase filled with cash in a corner of North Dakota that is both desolate and unremarkable at the same time. Kumiko witnesses this action on a battered VHS tape, as a bloodied Buschemi is rippled by static. She becomes dead set on recovering the suitcase. Perhaps her confusion results from the way Fargo purposely conflates reality and fiction, or the manner in which she discovers the VHS itself, secreted away in a cave by the shore. In the end, it’s the voyage itself, not the reason, that matters.  END_OF_DOCUMENT_TOKEN_TO_BE_REPLACED

In Force Majeure, male cowardice is a force of nature

In the central moment of Ruben Ostlund’s Force Majeure (2014), a family vacationing in the Alps witnesses an avalanche. The parents’ very different responses to the near disaster push their relationship to its breaking point. Ostlund’s film is about evolving gender roles and their impact on marriage. The movie brings up a very common struggle: Humanity versus nature—a theme you see frequently in the movies. In this context, nature isn’t just external, but what lies inside. What makes people behave the way they do? To bring out these themes, Ostlund contrasts sweeping vistas with the human mechanisms populating the ski resort. Noisy machines climb up the mountain to prepare it for skiers; these are paralleled with other human mechanisms, like the mechanical toothbrushes the family uses to brush their teeth. But Ostlund also uses photography and digital video to bring out the question of self-presentation and reality.

END_OF_DOCUMENT_TOKEN_TO_BE_REPLACED

Catherine Breillat’s newest film, Abuse of Weakness (2014), is pleasantly bizarre, and you never quite know what’s going to happen next. However, if you’re familiar with Breillat’s repertoire, you suspect the worst. This is all especially fascinating given the narrative is based on Breillat’s true life experience. Truth truly is stranger than fiction.

The story is as follows: Filmmaker Maude (Isabelle Huppert) undergoes a stroke that effects the left half of her body. Afterwards, she sets out to resume her life.  END_OF_DOCUMENT_TOKEN_TO_BE_REPLACED

Dogfight might just be the most heartwarming, feminist leaning movie about young love you’ve never heard of. Despite being a great example of 1990s independent cinema, it seems to have fallen off the radar somewhat. I happened to find it on a surprisingly comprehensive list of feminist films on Flavorwire, which included a few of my favorites, and even had a number of movies I’d never seen or heard of before. Somewhere in the middle of the list was this little gem. It stars Lili Taylor and River Phoenix as a couple of late high school age kids in the early 1960s, when Vietnam had yet to completely take over the public consciousness. It’s one of the most touching coming of age films I’ve ever seen, as well as a tender perspective on early sexual desire. Having a woman behind the camera and two immensely talented performers makes all the difference in transforming both characters into deeply realized human beings rather than tropes. END_OF_DOCUMENT_TOKEN_TO_BE_REPLACED 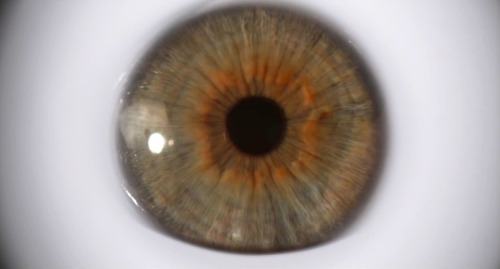 In my mind, this movie has already earned a place in the canon of science fiction films. Under the Skin does what sci-fi does best: holds up a mirror to humanity and makes it alien. Like the best sci-fi, Under the Skin isn’t about far off worlds or people, but the ones that populate this earth. I don’t mean great sci-fi narratives have to be about Earth at all – far from it. Rather, after watching or reading great sci-fi, you look at our world differently, whether or not what you’ve just experienced had anything to do with this galaxy or another one entirely.  END_OF_DOCUMENT_TOKEN_TO_BE_REPLACED

Of the Cahiers du Cinema cohort, Chabrol was the first to make a film, which he wrote, shot and produced himself. The result is the startling complex Le Beau Serge, which inaugurated the French New Wave in 1958. In this first attempt, Chabrol introduces many of the themes he will continue to grapple with for the next 50 years or so. While the film has its share of awkward moments, it’s also filled with the kind of visual subtleties and intricate relationships that Chabrol would go on to refine throughout his prolific career.

END_OF_DOCUMENT_TOKEN_TO_BE_REPLACED

Check out my new piece on CURNBLOG:

Check it out: I wrote a piece for CURNBLOG, where I’ll be contributing from time to time. While you’re there, be sure to take a look at the work of the many other talented contributors.

How budget and CGI allowed Alfonso Cuarón to reinvent the filmgoing experience.

With Gravity, Alfonso Cuarón finds a perfect setting in which to utilize his love of sweeping camera movements and long takes. Harry Potter and the Prisoner of Azkaban (2004), with it’s otherworldly rules, gave Cuarón a chance to stretch his wings a bit. When Harry hops on his broomstick and hurdles into the air, you can tell the director is enjoying the freedom of green screen and budgeting that allow him to lift off the ground. In Children of Men (2006), Cuarón once again favored camera fluidity, emphasizing the vast amounts of rubbled space in a childless future. The technique also creates a feeling of continuous action, providing an alternative to the rapid editing techniques over-used in action films. Here, harnessing a jaw-dropping environment unlike any other, he lets his instincts run wild. END_OF_DOCUMENT_TOKEN_TO_BE_REPLACED