Cinema and television fight to the death 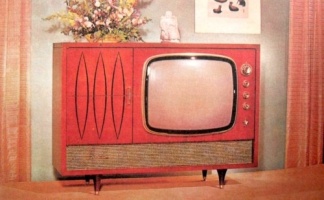 The introduction of television into the home decades ago instilled fear in the hearts of movie critics and industry professionals alike. Since then, they argue, cinema has been dying for a long time, slowly singing its swan song over the years. This kind of threat to one of the largest commercial and artistic industries in the U.S. has, not surprisingly, invoked vitriolic criticism of television through the years. Television and cinema – the two visual narrative mediums are similar enough that it seems as though there can only be one. At the very least, one of them must be dominant. Hundreds of thousands of years ago, homo sapiens eliminated the neanderthal. Years from now, will one of these art forms also be extinct? Cinema or television – which one will be left standing? END_OF_DOCUMENT_TOKEN_TO_BE_REPLACED